A big thank you to everyone who played 0.1.4. Though the game is still simple, your feedback on the UI from these early moments is critical. It is evident from the history of the game's development how much the UI has changed as I seek to really capture that immersive character interaction at the heart of the game.

Besides the great feedback, and there also a few bugs. I want to share the most noteworthy here.

1. The game appears to freeze, you cant give commands, nothing works

This means the game has ended - which is why input is blocked. There is a problem with the end-game triggering and taking you to the new home screen. 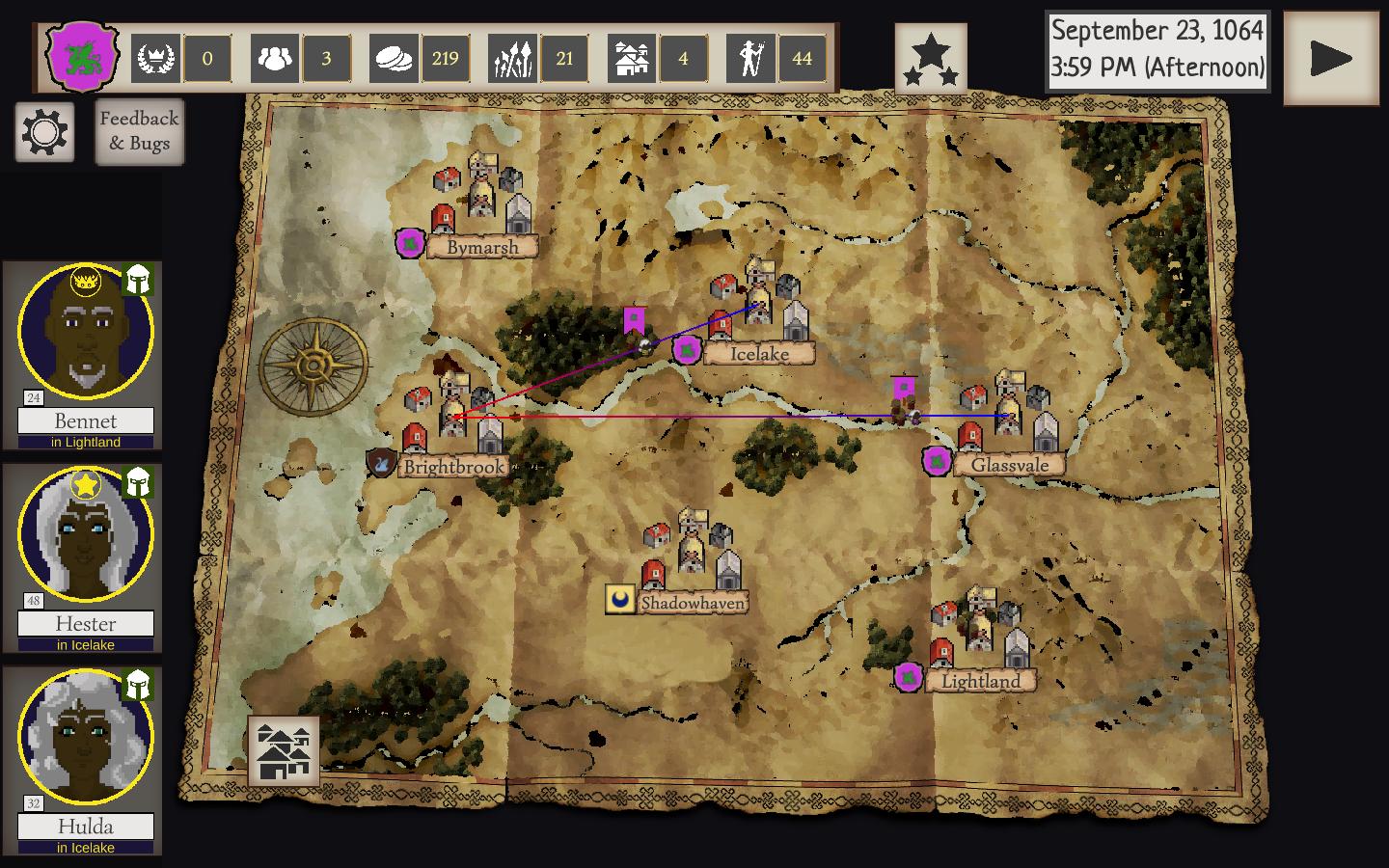 If this happens, congrats! You won! You can press the trash can icon on the title screen to play a new game.

2. Characters on the map sometimes teleport back to their starting location

This has to do with the simulation replay and is only visual. *I think*

3. Mercenaries do not decrease when you recruit them

I considered fixing some of these bugs in a patch, but decided to roll them into 0.1.5. I may do a patch if my current work on the main 0.1.5 feature takes longer than I expect - otherwise, full steam ahead!